Breastfeeding for the first and second time 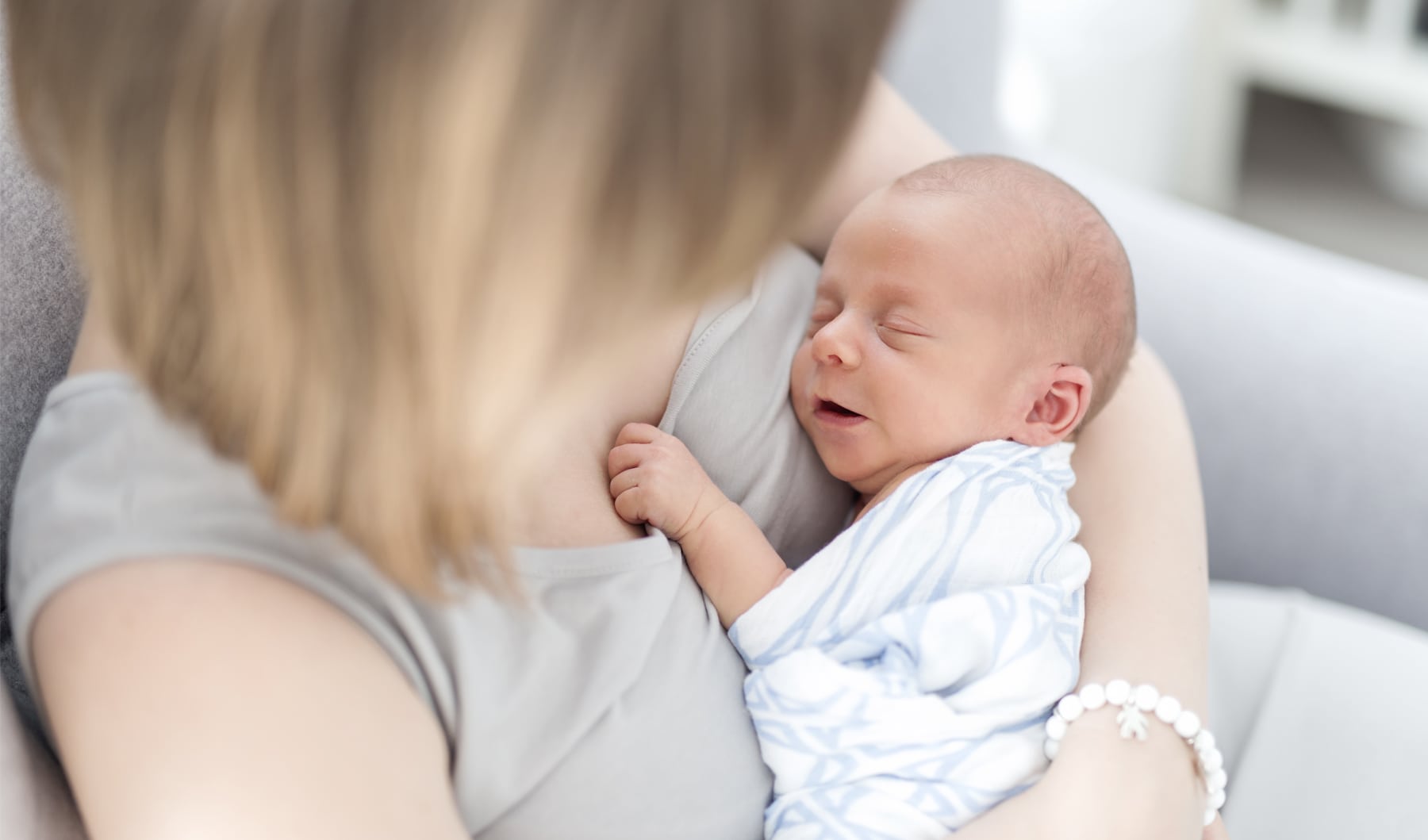 I was preparing for the first delivery and birth of the child in every possible way. I believe that good organization, knowledge and intuition is an ideal mix that brings us closer to success, minimizes the fear of the unknown and significantly increases our chances of success. That's why I was so surprised how difficult and not natural at all (at least for me) breastfeeding turned out to be.

Thinking about the child I was carrying under my heart, I imagined endless kisses, hugs, walks and games together. Breastfeeding was not something I dreamed of, but rather a sense of duty to this tiny Man and a desire to best meet his needs. Without a doubt, this natural feeding best meets not only the need for nutrition, but also several other, no less important. I decided to prepare myself best for the topic.

Breastfeeding for the first time it was very difficult for me from start to finish. Despite great preparation (fantastic workshops "Just a midwife" with midwife Ewa Janiuk and Agnieszka Maciąg, individual classes at our birth school at home with the wonderful Karolina Kardasz from Majka's Birth Schools, numerous publications and books about breastfeeding, etc.), when I was breastfeeding for the first time, I felt terrible about the topic every day. This is why, while waiting for the next child, I summed up all the experiences that could have influenced such a state and eliminated them to increase my chances of success. What was that?

I stopped seeing breastfeeding as a great effort and an even greater restriction. I decided to supersede these thoughts and replace them with the visualization of breastfeeding as something natural, which, with even better preparation and support, will surely succeed, considering the freedom it gives me. It was not easy, but a principle similar to "a lie repeated a thousand times becomes the truth" worked here. And I just believed it all.

With my first baby, after giving birth, which ended with a caesarean section, I quickly decided that I had no food. Nobody corrected me then. Nobody reminded me that the stomach of a newborn baby is the size of a small cherry, a thimble or a small teaspoon, so seeing a drop of colostrum (the first food), instead of being happy that just a few more and feeding my Child, I sat devastated and expected several dozen milliliters. When I asked for help with feeding, I received the answer: "Okay, we will feed" - despite the fact that I did not ask for feeding, it was almost the only help I received from the staff at the hospital. My sister helped me - by phone and the breast pump brought by my husband, and most importantly by going home. I sat day and night with the breast pump, full of fears and fears that it would be okay, that it would not work, agreeing to the next portions of modified milk for feeding, crying over it. The fear that food would never come was with me from the very beginning. So is the feeling that I can't cope right from the start. Do you know what is needed to produce milk? A hormone called oxytocin. What is bothering and holding him back? The stress hormone, the so-called cortisol. After the cesarean section, I was probably accompanied by a much lower level of oxytocin than it should (which often makes starting breastfeeding even more difficult after such a delivery). After adding cortisol, the situation did not improve.

The second time I knew exactly what it could look like, so when everyone in the hospital asked me how much food I had, I replied that it is only the first day, the food will come. I remember when almost the entire maternity ward full of children cried (just like my first child after birth), and my little son only woke up to feed. Then I asked the midwife if my baby was okay, that he was so calm, and she whispered in my ear: "It's because the Lady is so calm and the children feel it." This time I just entered the hospital with full faith and conviction that I would succeed, that it takes faith and time for everything. Instead of worrying, I enjoyed every drop of my food, recharging myself with positive energy. I also knew that, especially after a cesarean section, it is worth helping and supporting myself almost immediately after each breastfeeding. If only I had the strength, of course. If I didn't have them, I would let go and rest after feeding. I knew that in the end I would succeed, and I would have more strength for positive thinking that would lead me to success.

I had this kind of conversation with the "kind" after the birth of my elder Son. I supposedly knew the answers to all these lactation myths and I thought I was defending myself well against them ... but my confidence as a mother was weakening after each such conversation. I paid for the above with such enormous stress that I got food stagnation, and after 2 days 39'C of fever and inflammation of the breast. Only the antibiotic helped, although maybe I did not have the strength to look for another solution, the fever tormented me so terribly that I did not have the strength to look after and feed my own Child. My self-esteem as Mom lay and squealed. With me.

Therefore, with the second child, I completely limited visits in the first weeks of life - only two mothers, my sister and my aunt, visited us. For how long? For so long, we didn't get to know each other and learn each other with our little one. Until my self-confidence about feeding, fueled by success in this area in the form of, for example, beautiful weight gain, was not so high that I could listen to the difficult comments.

It also helped me a lot ... avoiding the subject with a wide berth and leaving it for myself and my husband and very trusted friends who motivated me at every step. Which said they know how hard it is for me, but they know I can do it. My husband played the most important role here, who also cheered me on, praised me for every tiny step, for every single drop of food and effort put into feeding. He knew how important it was for me, he guarded all "Aunt good advice" and did not let me judge.

With my first child in hospital, I had problems with attaching the baby to the breast, which additionally caused me great pain while feeding. While still in hospital, I was recommended as a solution to a feeding cushion. And so we fed for ... 3 months! For 3 months I was not able to feed the child without them. Probably few people will understand the frustration that accompanies me every day, reaching its zenith on a walk, far from home, when it turned out that I forgot the overlays. I felt totally incompetent. I had a hungry, crying Baby, I had milk, and I couldn't put it together without a silly piece of silicone. Besides, feeding in the aligners outside the home was also difficult for hygienic reasons, so I rarely went out, and at the exits I nervously glanced at my watch, counting down the time to the next feeding and driving home. I was looking for help - then I went to the hospital lactation clinic to find out that, unfortunately, I will be feeding in the overlays and now, because the child is unable to latch on without them - the lactation midwife tried to teach us for an hour, but to no avail .

Do you know what question I ask myself more and more often, having dilemmas related to raising children? Would this advice work in the desert in Africa if instead of a Polish woman I was a daughter of one of the Nomads and lived with my family in a nomadic way of life? Would this lactation midwife give me the same advice? That naturally, without support, it is impossible to feed? And condemned my child to starve to death? Exactly…

That's why I bought the covers for my second child - just in case, but I didn't take them to the hospital on purpose. And what? Tomorrow will be a month when we feed without overlays. We never used them (at least once in a moment of weakness we tried).

Even before delivery I prepared a list of certified lactating midwives and used it. I gave the environment midwife a chance first, but it was like a bullet at the fence in my case. Then I found a real lactation clinic on my list and overcame further inconveniences. I will prepare a separate material for you on how to help yourself when breastfeeding hurts. Because you can and must do it! Within 24 hours of professional advice, we began to feed ourselves without pain.

Same situation - the birth of a child, same me, same hospital, same home and family. Initially, I just changed my attitude, chased away black thoughts and replaced them with positive, warm ones. What's the difference between breastfeeding a second time and the first time? This time I never cried in the shower, I did not dream of bottle feeding, I did not want to give up. Faith makes miracles. Not only this one in God, this one in yourself as well. 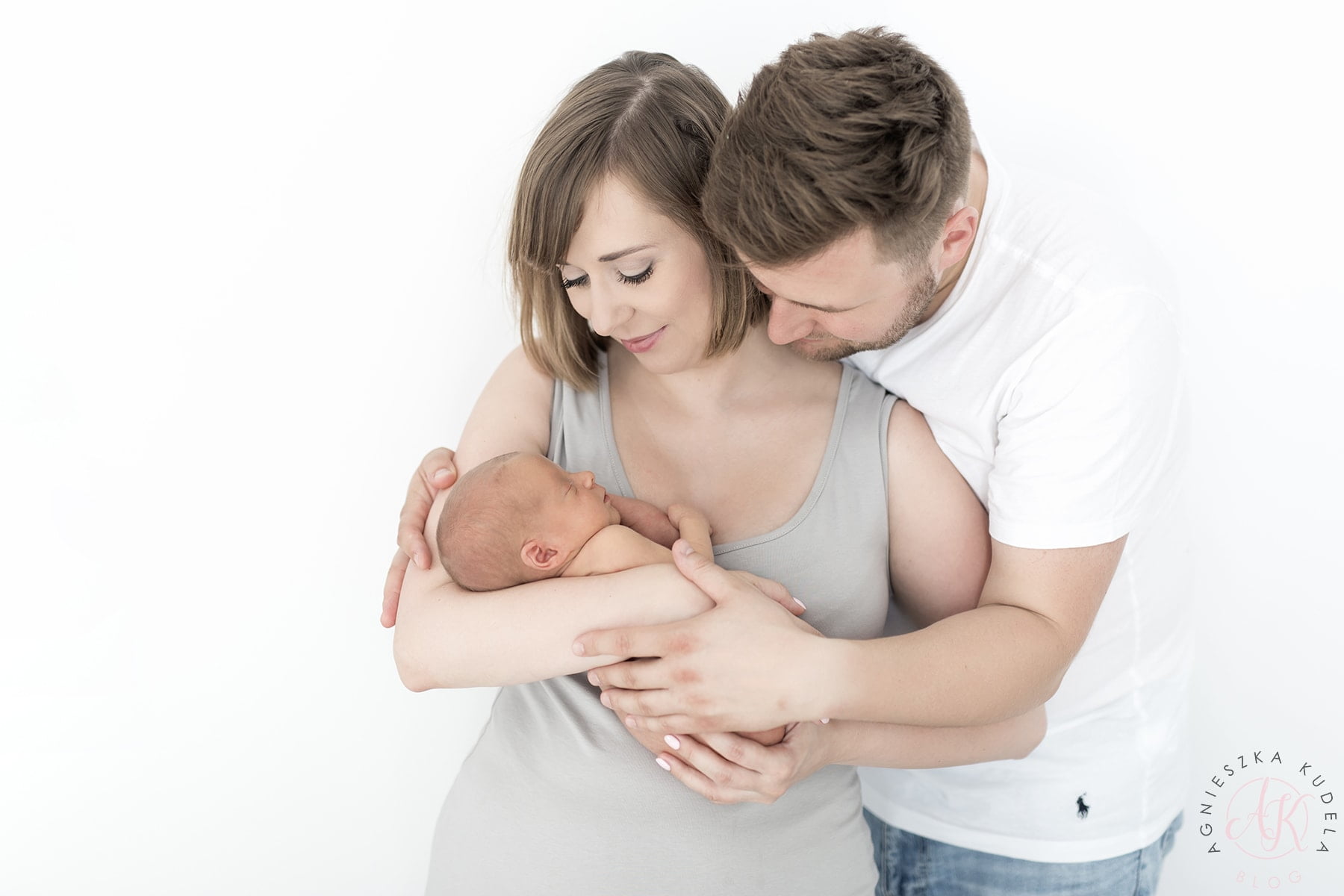 And yes, I'm tired, feeding at night is particularly exhausting for me. Only I can feed my baby and sometimes I would like someone to do it for me. But I know it's worth it. I feel it very much and the rest does not matter. We build a bond and invest in health for life, and it has no price.

We should also remember that if we fail to breastfeed for any reason, we can build closeness and immunity in a million other ways. Love always wins, no matter how we feed.

Stay with us on a regular basis! Daily dose of positive emotions guaranteed - join us on:
Instagram i Facebook.