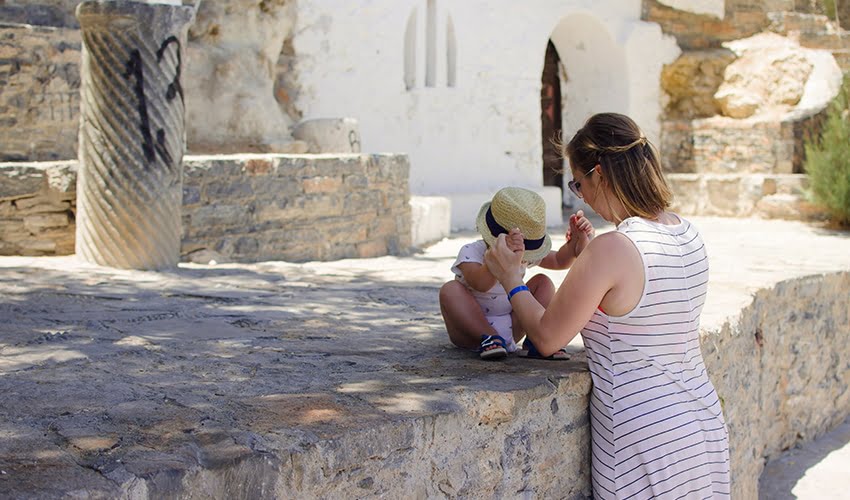 Although my little son is approaching two years of age, I have not intentionally titled this post "rebellion of the two-year-old". My observations show that children rebel at any age, and when they start rebelling, somehow they can't stop. Fortunately, the periods of rebellion are only periods.

I interpret rebellion as attacks of anger, protests, willingness to stand up, which very often lead a child to real despair. How can I help him? How can you not get a rage attack yourself, if our Child is howling at the moon like a wolf, because he has to get his way?

Today I share with you my best practices for dealing with a rebellious Child.

First of all, when my Child wants to get his way, I ask myself whether it makes sense to stand in his way. And when it comes to the fact that during a walk together, He wants to go right and I want to go left, or when in the evening He wants to put together a puzzle, when I have planned to paint with crayons or he doesn't want to eat with a fork with his hands only ... let me go. Let him know that he can make decisions, let him feel that he has the driving force, that a lot depends on him - more and more with age, let him know that I trust him. Even if he chooses to play in the living room at bedtime and is really having a good time even for an hour - I allow. But when he does not want to go to bed, even though he is so tired that he falls over his own legs and picks up his bumps - when he hurts himself, I step in and I get my own way, but always respecting his feelings.

I give a choice

Often in these "difficult times", instead of asking the Child if he wants to do something, I immediately give him "an apparent choice" and I do not ask "if" he wants, but "what" he wants.

And although verbal communication during the first several or several dozen months of a child's life is limping, I will always find a way of communication that distracts from the problem of "if" and focuses on the choice of "what".

When children are in a period of rebellion to what we say, what we expect, they often react with screams, despair and struggle. Never, never, I leave the Child alone then. I don't leave him alone in the room or in the crib - unless he wants to be in it himself. I do not leave Him in the store and do not turn on my heel, hoping that he will be afraid that I will leave him and finally fight his willpower with his own fear. Always, but I'm always there. I say I understand his despair and dissatisfaction that not everything is exactly as He wants it to be. In addition, I explain why I made this and no other decision, which is dictated by ... its safety or exhausted budget for new toys this month. To be honest, I have been talking and explaining my decisions to him since forever, although to this day I do not know how much he understands my own, but certainly more and more. However, I know that he certainly sees my acceptance and feels my love, and my calm voice does not stop him from calming down.

I always suggest the Child to be cuddly and although he often rejects me, sometimes it is enough to make a gentle hug attempt once again, and the Child melts in my arms, finding solace here. My calm words accompany the whole process. I keep saying that I understand his sadness and his pain, I often tell him about the fact that I get pissed off myself, when not everything goes my way, that feeling angry is the most normal, albeit unpleasant feeling. I can assure you that he will learn to deal with it.

I give an alternative

I show my child ways to get rid of his anger in a healthy way. Anger is energy that needs to be spent on something - the worst thing is to suppress it within yourself. Personally, I can bring a child a roll of toilet paper and encourage him to tear him, to vent his feelings in such a way.

In dramatic situations, when an anger attack lasts a very long time, I try to use a method that is well known and liked by my Child - I wrap him in a scarf or mei-tai and rock, sing or play music, walk, exercise, dance ... we are together, we are in motion and in this way we discharge the excess energy that my Child has to expel.

And guess what? This well-established path of fighting with anger, with the rebellion of the Child, all this means that when an attack of anger comes, I am confident that we have our own plan and act according to it. When I have to, I choose my own things for the sake of my Child, but respecting his feelings and emotions. I'm fine with it. Instead of frustration, I feel calm.

Do you observe the period of rebellion in your children? How do you deal with children's anger?

I look forward to your comments and invite you to a conversation.