About me Cooperation Contact Shop
The office, Interiors
by Agnieszka Kudela
14 comments 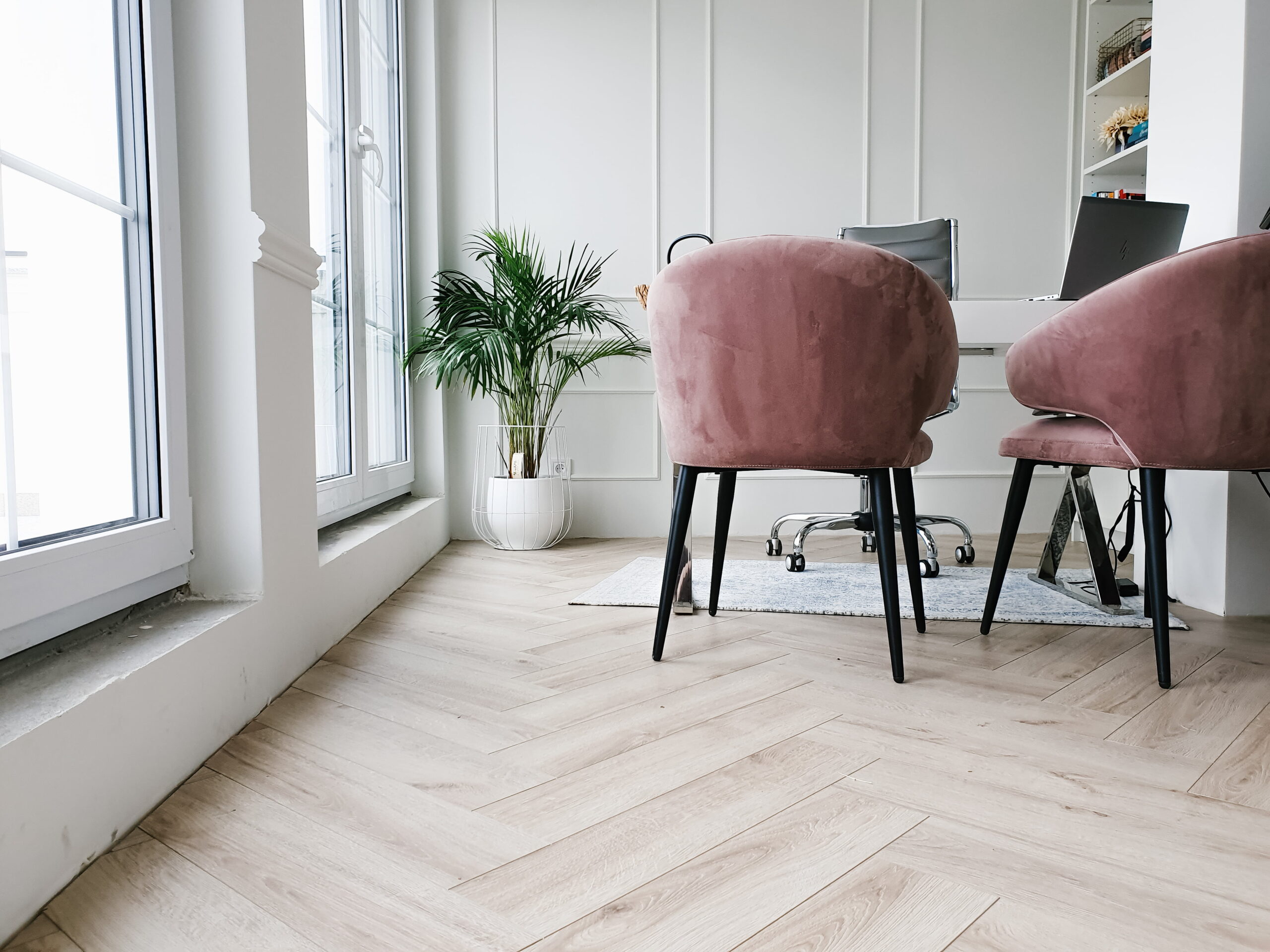 The herringbone floor absolutely returns to interior design living rooms. Just what floor should you choose? Tiles, panels or wood?

Today we worked the first day in our new office. After years spent in the 1st basement of the 2nd office buildings, we began to dream of a climatic office in a tenement house. This scenery is perfect for our family company.

We decided on a semi-detached premises in a seaside tenement house in a developer standard, so we could arrange the office as we wanted - of course, within our budget, which, as is usually the case with renovations, has already been severely damaged 😉

This is the third apartment that we have been furnishing since the developer state and another one in general. We know perfectly well that the floor is one of the most important and serious purchases. Firstly, because it largely determines the character of the premises. Secondly, because it is very difficult to change, and thirdly - it is quite an expense.

At least we were unanimous on one thing - we want a herringbone floor. 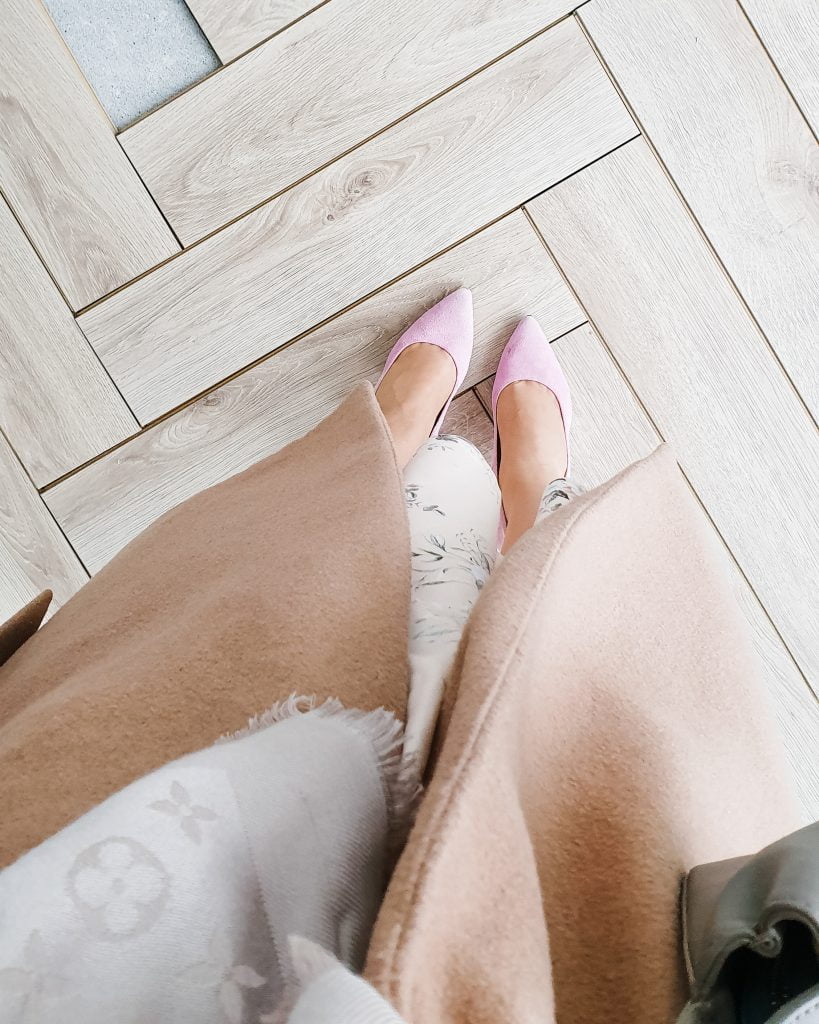 We like the herringbone floor very much, it seems timeless and we knew that it made the biggest impression on us. We wanted to choose a decent floor because in fact it is something that you choose once - the rest are easy to replace, which cannot be said about the floor.

We wanted the floor to be durable, so that it would not turn out that in a year it would have to be sanded or changed - especially since it is an office where we wear shoes (often with heels ;-)), and not barefoot, like at home. We wanted there to be no irreparable damage in the event of a spill. We paid a lot of attention to the naturalness of the material.

What were our ideas?

Initially, Wojtek thought about tiles, but I quickly convinced him to give up this idea for several reasons. First, because it is cold material. We don't have underfloor heating in the office, and we knew that tiles would feel cold. What if I wanted to take off my shoes and come barefoot after a hard day in high heels? I can not imagine! Also, if something falls on such a plate, there is a risk of it cracks or chips - this is a very problematic damage, practically beyond repair. It's hard to fix it when one knocks out, you can accidentally damage another, apart from the fact that if you replace the tile after a long time, the store may not be the collection you used, and there is not always some stock. Thirdly - the tile is there far from nature - we would get the opposite effect from the intended one.

A wooden floor, for example an oak floor, as opposed to glaze, is natural and warm. We thought about it for a long time. However, we talked to a few producers and distributors (if you are looking for a store with wooden floors and panels in the Tri-City - be sure to check the company that we have been using for years. here) - we all advised against such a floor. The first argument was scrapingthat cannot be avoided. For us, such scraping of the entire floor in a multi-story office is at least a week's work downtime. We do not want to have such problems: we will not be able to take care of customers, nor will we ask employees to take holidays at the same time. For us it is also no vacation when you need to be there and take care of everything. The second thing is vulnerability - we all have comfortable, ergonomic armchairs on wheels. Natural wood is softer than panels, so there is a good chance that the floor would deform from the rings or pins. Third, you need a floor oil or varnish, and this varnish or oil will wipe out after a while - we have oak, white, oiled stairs ourselves, and if we did not even like this effect of wear after 6 years of use, they would have to be restored. But the stairs in the house are different, and the floor in the office is another thing, which in the place of the circles would be very susceptible to such paint chips. We do not want to expose ourselves to costs and further delays in office work, which is also the case no small cost - on average, about PLN 30 per square meter. In practice, this means that in a few years we would have another large expense, so we thought that a good solution would be ... 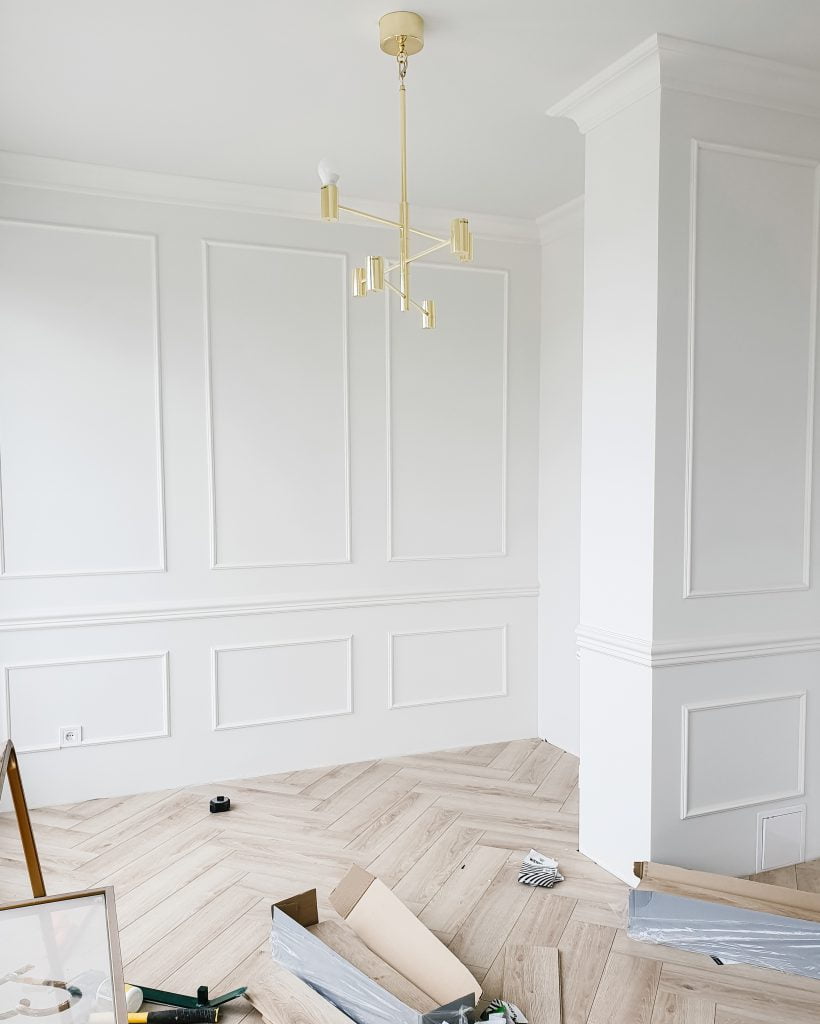 Unfortunately, the problem with panels is that it is usually not a board, but a square. Despite the herringbone pattern, vertical lines will be visible where the panels are joined, traces of joining - you will immediately see that these are panels. We have great experiences with Quickstep panels from our first apartment - water spilled from the radiator once - after wiping the large puddle, no visible traces were left, no damage, the floor did not bend, it did not come up against the mountains, it did not swell - nothing happened to it. Now in our house there are Parador panels - also worth recommending. For comparison, in the attic of our house, where we rarely enter, because today there is only a drying room there, we put ordinary, half-cheaper, market panels. One really does not go there, and the panels have already swollen, we had to remove and replace a strip.

Despite our satisfaction with the panels, unfortunately neither Quickstep nor Parador had a herringbone pattern that suited us, that's why we decided on a solution that turned out to be a hit.

We found the company Weninger, which offers panels in which each panel is a separate board. Everything is beautifully and naturally arranged in a herringbone pattern, the pattern has little repeatability. We have been choosing a color for a long time - you have also helped us here Instagram i Facebook. The decision was very difficult - once in a long time after all - ultimately the choice fell on Alabama Oak. We decided to place these panels in all rooms except the bathroom and toilet (I also prepare more posts for them). We hope that in 5 years we will be able to write to you that it was the best choice, that the floor does not rub off and is durable like all previous panels with which I had experience. For now, I can only write that it is beautiful. 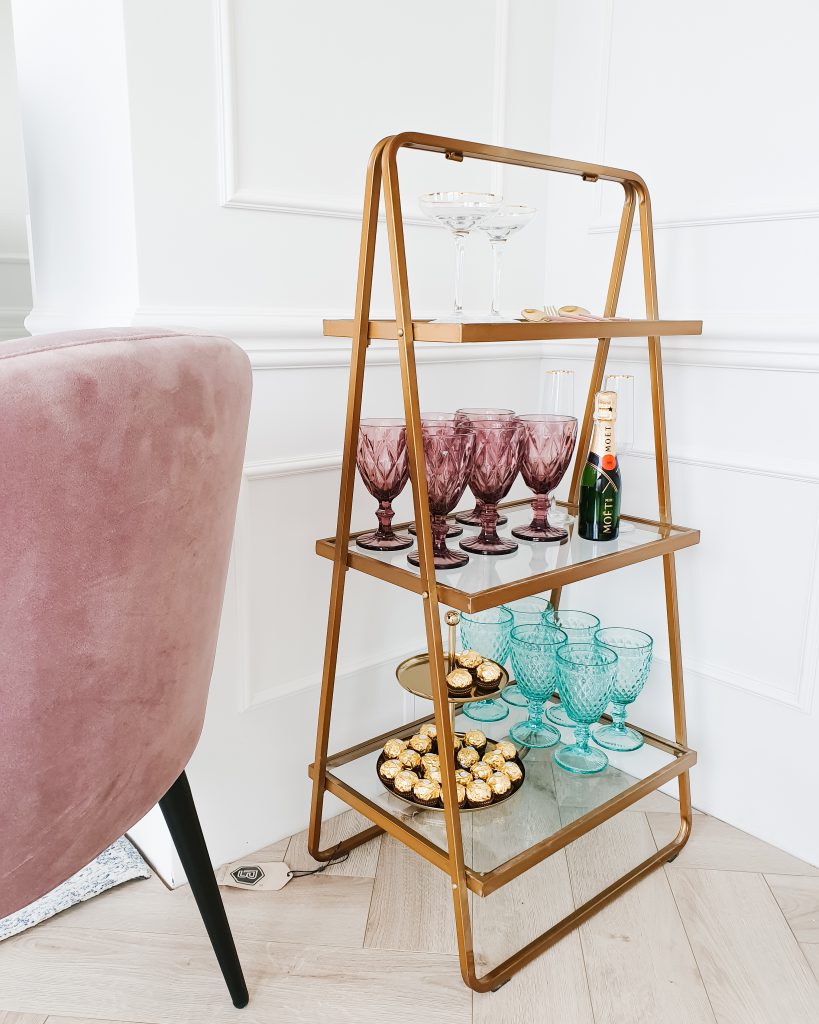 We chose white slats for the panels, but they are not attached yet. The installation of the herringbone panels is different from the installation of the panels normally. This is a completely different technique: regular panels are mounted from the wall, and herringbone from the inside of the room. It is laborious, there is a lot of cuts, a lot of waste. That is why it is worth hiring someone who specializes in such assembly and has specially trained it. Do not risk that someone will learn to arrange the herringbone on your fabrics ;-). Despite the fact that we have a very good construction company, we entrusted the laying of the herringbone to the company recommended by the store. We were recommended two gentlemen, experts in this art, who laid the floors in three days. Unfortunately, they didn't have enough time for the slats - they will come back to us in some time, on the next available date.

As you can see, it was not a hasty decision and choosing a floor that will serve for many years should not be.

We are very pleased with the effect, and how do you like our floor in the office?

PS Do you want to see the end result of our office? You will find it here.