About me Cooperation Contact Shop
Lifestyle
by Agnieszka Kudela
13 comments 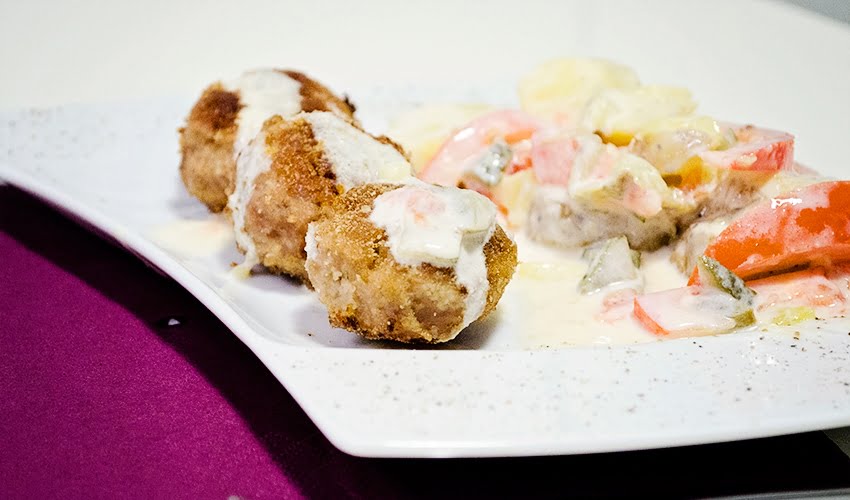 After the first culinary success, I searched for a second recipe that comes from the portal Kulinarni.pl.
The same - meatballs and potato salad for dinner today!
So that I would not be too bored while frying alone, I prepared a little motivator - a series, of course with cooking in the background: 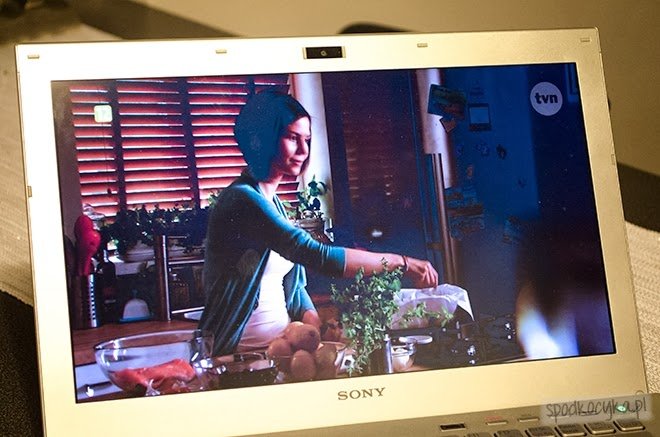 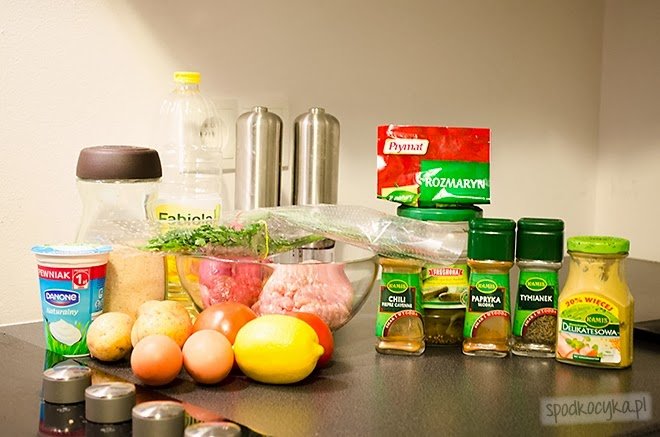 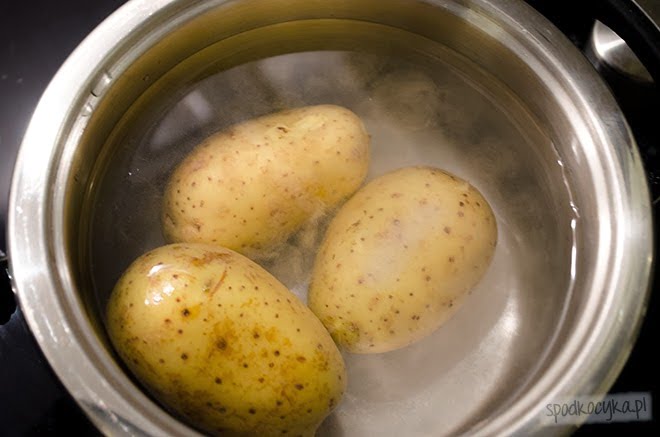 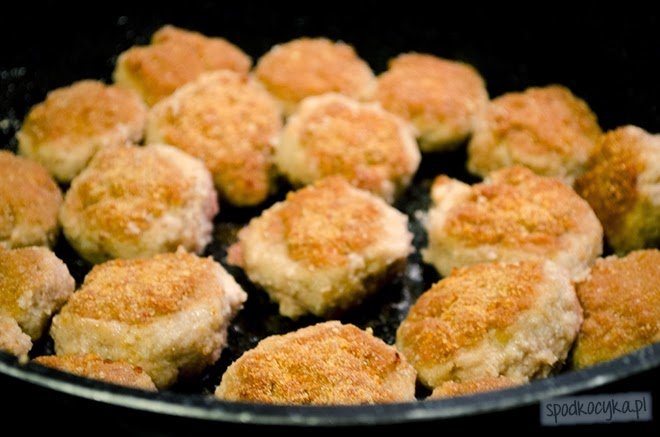 3 step
I cut and put boiled potatoes, tomatoes and pickled cucumbers into the bowl. 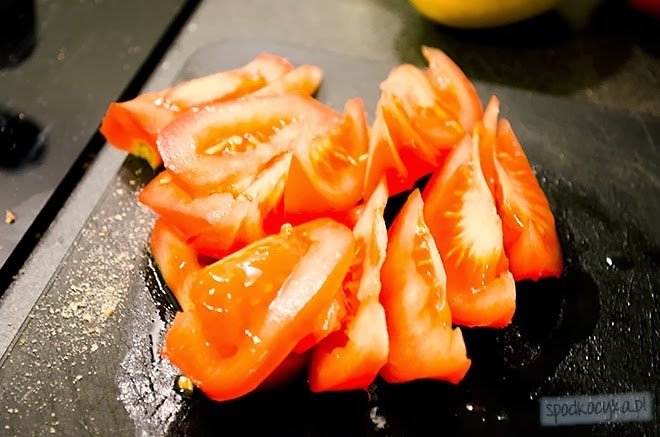 4 step
I added half a tablespoon of mustard and half lemon juice, thyme and rosemary to 150ml yogurt. I forgot to add chives and parsley.
And it's ready! 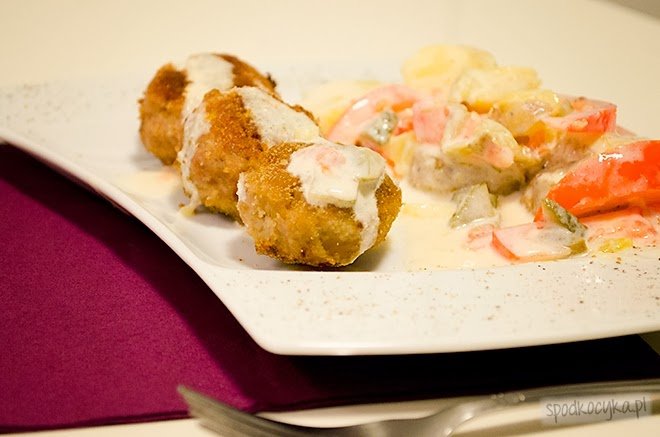 How did it taste Quite pretty. I regret that I did not give up the use of mustard completely, I do not like its taste, and in this dish it was far too intense for me.
Meatballs (as you can guess from their composition) came out very hard. Once again, when I do ground, I will use my mother's way and use a soggy bread roll instead of breadcrumbs to make the chops soft.
My rating: 3 / 5 blankets
PS
I made 2 cutlets times more than in the recipe, thanks to which I put them in the sauce the next day and served them with mashed potatoes and cherry tomatoes.