You must have courage to make your dreams come true 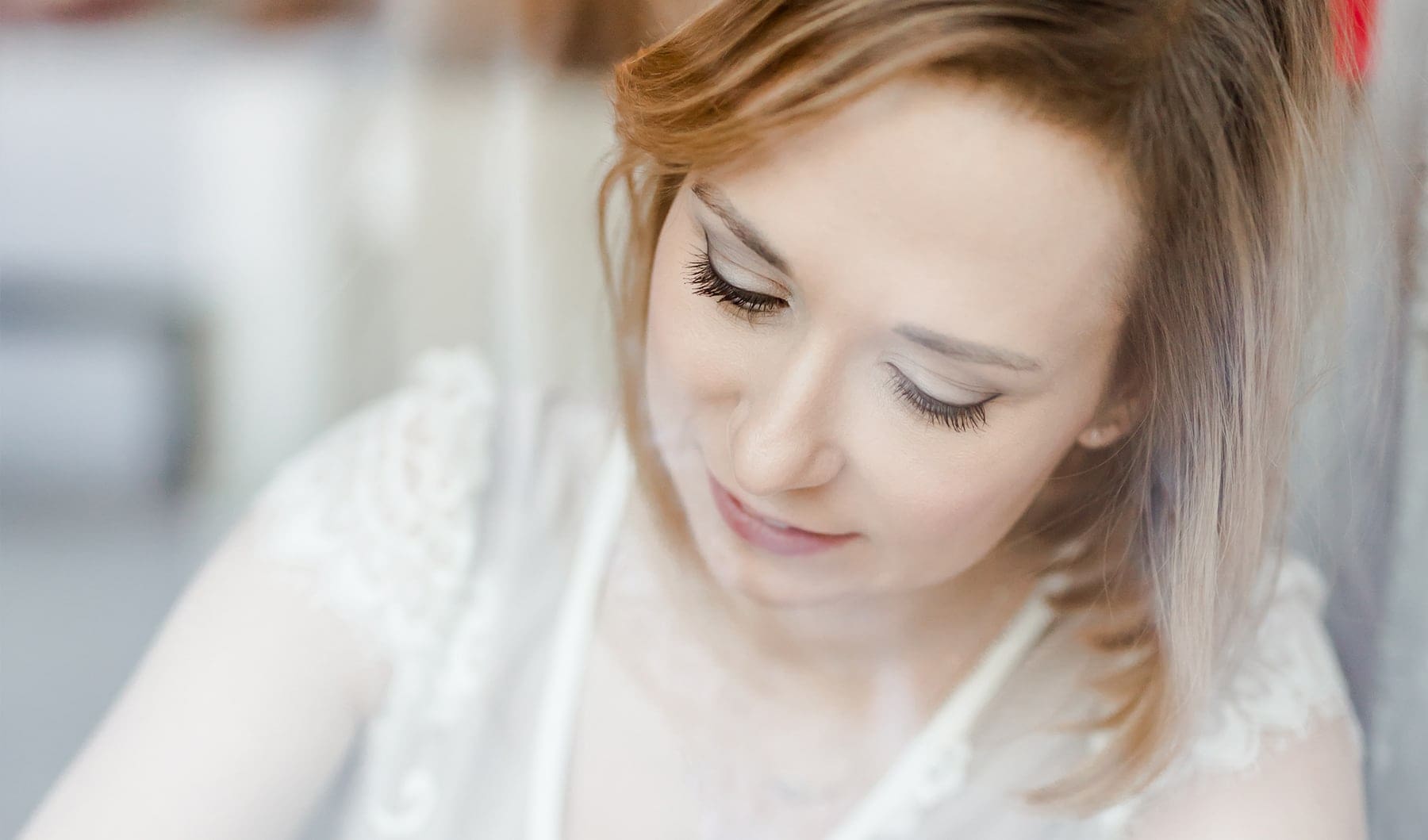 I can't help but think about the words I heard recently: "Make decisions as if you are not afraid - fear is a bad adviser." I took it to heart and I'm leaving.

I don't know if you know, but I did part of my studies in Paris. I have always had a goal - I wanted to have my own female business, in line with my ideals and values ​​- today we have Wedding Label i Wedding Studios Academybut when this dream popped into my head in 2006, I was - what can I say - a poor student, earning extra money as a bartender, who worked full-time working 3,5 days a week (and night). I made dates with Wojtek between 3 a.m. and 7 a.m., and we spent a large part of this time in Fiat Seicento, because it was over 60 km one way from his home to the restaurant where I worked.

When there was a chance that I could study in Paris, I knew that it could be a chance for me not only to study at a prestigious university in The really big city but also for the adventure of a lifetime and… the first serious money to be earned. The scholarship I received in the amount of EUR 300 a month for the differences resulting from the wealth of a Polish and French student (I don't know who counted it) and a PLN 500 monthly scholarship, would not be enough for me to rent even the smallest room in Paris, but my dreams could not do anything stop. I decided that I would not only go to university in Paris, but also come back with the money to open my first business.

I decided to go to Paris, although I couldn't afford it, looking for a job as an au pair on my own. I would like to add that I did not even know the basics of the French language, because I was to study in an English-speaking major. I lived in a very French family, receiving for my work, apart from a room with a bathroom and food, 350 Euro a month's salary. Thanks to this, not only was I able to save all the scholarships and part of my salary, but also as part of my salary, I lived in the XNUMXth arrondissement of Paris, which has a reputation as a district inhabited by the richest inhabitants of the city, and this is confirmed by the highest real estate prices in all of France. So you already know where, among other things, I got the money for my first business, but I brought something much more valuable from Paris.

My duties included not only taking care of the child, but also, and above all, helping with the care of the house. My willingness to work was certainly a factor that distinguished me from the candidates who usually wanted to limit themselves only to caring for the child. I turned the lack of knowledge of French into my advantage - thanks to this, my student had 5 hours of English every day - we had to communicate somehow.

The house in which I lived was incredibly located - among all the tenement houses one entered a closed, inconspicuous, steel gate, and there, among the trees, in the city center, stood a detached, four-story house with a tiny garden. It seems to me that I was very lucky, although I should probably say that I successfully passed the two-week trial period and got this job - I found myself in an extraordinary family where, by adjusting towels to bathrobes and bedding each time, I learned to pay attention and take care of every detail . Covering the breakfast table the evening of the previous day, I learned organization and planning. By eating together and shopping, I learned to eat so that while my diet was largely based on delicious fresh bread and even tastier ripening cheeses, I was losing weight in the end. Going out into the city, I learned to walk wherever possible and to naturally provoke movement. Living in such a wonderful city, I learned to soak up the beauty of the world around me and enjoy the fact that I am, see and feel. I learned to be alone with myself, to rely on myself and like myself. And those were the times when the only available free Internet was in McDonald's, the phone was used to make calls and send text messages, and a minute of calling to Poland in my pre-paid cost almost PLN 10.

When I left for Paris, I dreamed of starting a wedding website - today PobieramySię is 11 years old, I have handed over his reins to the good hands of my team, and I have given my soul and heart to Wytwórnia Ślubów and her daughter - Academy. I think it would not be all of this, or me as a Wedding Planner, if not for my trip to Paris. I suspect that I would never believe in myself enough to believe that Young Couples would believe in me. I think that the care for every detail that I learned in the 16th district of Paris would not come to me as easily as it does today, and I would not be able to motivate my students to become a Wedding Consultant, which I do now with the greatest passion and dedication. .

I also introduce huge changes to our lives today. I feel that I have put off too much in my life. I will lose weight for it, until I have more time, when I will have greater financial stability. I put the order in the closet and took pictures, put off travel, put off time with friends, put off sweet doing nothing, filling my calendar with tasks to the brim.

As I have said many times, I love change and I love all the turning points. That is why I entered the 2018 year with great dreams, but this time I supported them by setting them in time. I started planning the year 2018 with planning holidays, free days, time for myself and my family or time to read (I finally got my coveted illuminated Kindle!). What's more, nothing gave me as much strength and faith in my own change as the first realized plans, especially the holiday ones - you can read the report from our first vacation here, we are going to the second one this Thursday.

For years I have been going back to those moments in Paris with great sentiment. There is probably not a day when I do not come back to the Parisian landscape and home, and this trip was so as not to lie to you ... 1, 2, 3 ... 12 years ago! And since it remains so alive in me, so important, I decided to go a step further and plan not only this but also the years to come. I decided to start reaping additional benefits from the fact that both Wojtek and I run a company and plan the next seasons so that every year I can move with the whole family to some special place in the world for at least a month.

I intentionally do not plan five short trips, only one longer, to have a chance, as I had in Paris, to blend in with the crowd of local residents, feel the smell of the city when I get up every morning and go to the bakery for fresh, warm bread. I do not want to visit all European capitals in 14 days or run with the camera and in 24 hours take a picture of myself next to every major tourist attraction of Budapest or Barcelona, ​​I just want to walk around the city slowly and every day, appreciating its values, often invisible to tourists, walking with children for playgrounds, meeting new people and enrich our lives with new experiences, emotions, flavors, views and relationships. It has to be the most everyday and normal, so I will also work, and I will place my monthly trip between the next edition of the Course and the Coordination of Wedding and Reception.

There is a huge chaos in my head, many people knock on the head and listen to my plans in disbelief, and I pray that I will not lack courage, because I choose a destination for 2018 year. I choose because Wojtek is behind me who says: and I believe in your intuition.

I really feel like packing my life in one suitcase. Take only what is most necessary and see how I will live with such a small number of things, check what I will miss most and maybe change my priorities and habits.

And what city would you like to move to for a month? Or maybe you already live in an extremely charming place?

My relationship with Rose is a bit like with my husband