Ways to put your baby to sleep - 5 Dad's ways 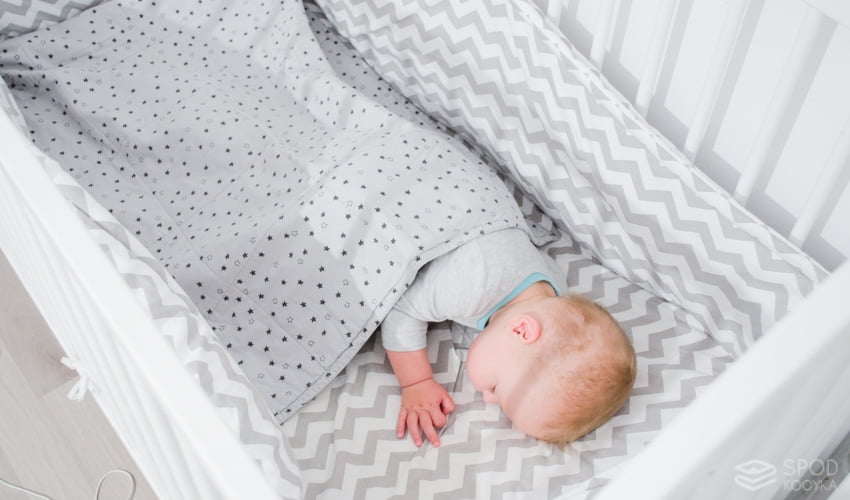 Today, post with a male eye, therefore it will be brief and concise 🙂

And there will be no way to sleep for a parent, because here you will definitely agree with me that there is one proven way: go to sleep!

But it was supposed to be meaningful, therefore!

In our family, most of the evening rituals, such as bathing and falling asleep, are usually done by me (DAD, ed.), So I managed to work out a few ways that make it easier for our Child to fall asleep, and for parents to extend their free time in the evening.

This is probably not compatible with most read parenting publications, but we don't have a rigid bedtime. Generally, it is the range between 18 and 21 hours, which we regulate by observing the child's behavior and how the whole day has passed. If it was intense and there was no afternoon nap, it would probably be 18-19. If the afternoon sleep started late (e.g. at 16), then we go to bed more aiming at 19-20.
Now the most important thing - observations: there is nothing sophisticated here, but we try to start the bath when we see the baby's first symptoms of being asleep: rubbing the eyes and a whim. We don't wait any longer, because “maybe he'll sleep longer in the morning”. It doesn't work for us. Usually, such a procedure ended with the sleep time passing, and the next one… comes in 2 hours?

This method was intuitive for me, only later I read that there is a "method" of calming Malec as pressure massage (eg with a large ball). Here, too, I do not use anything special, such as "Shantala massage", but the usual instinctive touch, pressing the legs piece by piece, stronger smeranie (from thigh to feet), but very slow… sometimes stroking the head (also very slow!). It calms down Santa very quickly, his eyes stick right away ... the masseur's eyes too, so it takes a maximum of 2 minutes, I say goodbye and leave (not that he sleeps after those two minutes), but he calms down a lot. The second round of massage is when I hear crying after I leave. I always come back.

Mikołaj likes to take a bath. We used to bath in full bathroom light, but for some time I've been testing a new method. Namely, it's about swimming in much less light. Dimmers for lighting or a separate light source such as an LED lamp will work well. After such a ritual (although also in full party with toys, a brush and paste) on the changing table the number of yawns doubles and falling asleep lasts much less.

Unfortunately, this well-known YouTube theme did not work, as the parent washed the child with a diaper on the face 5 times and fell asleep at the 6th time. The diaper under the chin was an insurance against flooding the sleepers, but after eating, Santa always cuddled up to her. It stayed that way and after eating, the crumpled diaper is an inseparable element of falling asleep.

At the beginning, we tried hard to put the Child in a position that seemed to be correct (head on a platform, wedge-shaped, covered kidneys ... Since Santa is able to spin efficiently in the crib, we have noticed that he prefers to sleep open and crosswise, so listening to our mothers' advice, "There is definitely a water vein under the crib and it arranges itself so as to avoid it!" I said: WOW! brilliant! A little rearrangement and we moved the cot across - in the end, what you won't do for the baby to avoid the water vein;). The effect was that Santa was sleeping anyway… across!
A moment later, Mikołaj learned how to sit up, so he sat down despite the fact that he fell sideways, he was so sleepy, he even stood on his head and made other poses. We quickly noticed that such a "whirring" does not last long and after a few minutes Mikołaj finally found his favorite and most comfortable pose (eg across the bed, on the quilt on his back with his head down). When he falls asleep, we move him to the right place and he sleeps all night. We never woke up while turning, so we estimate the risk of this operation as minimal. (We never do it during the daytime nap, then the risk of waking up is enormous).

Although I know that there is no one recipe for every Toddler, I also know that it is worth trying different methods and developing your own action plan. And what are your ways to put the baby to sleep?

19: 00 getting dressed for sleeping