How to prepare a child for siblings? 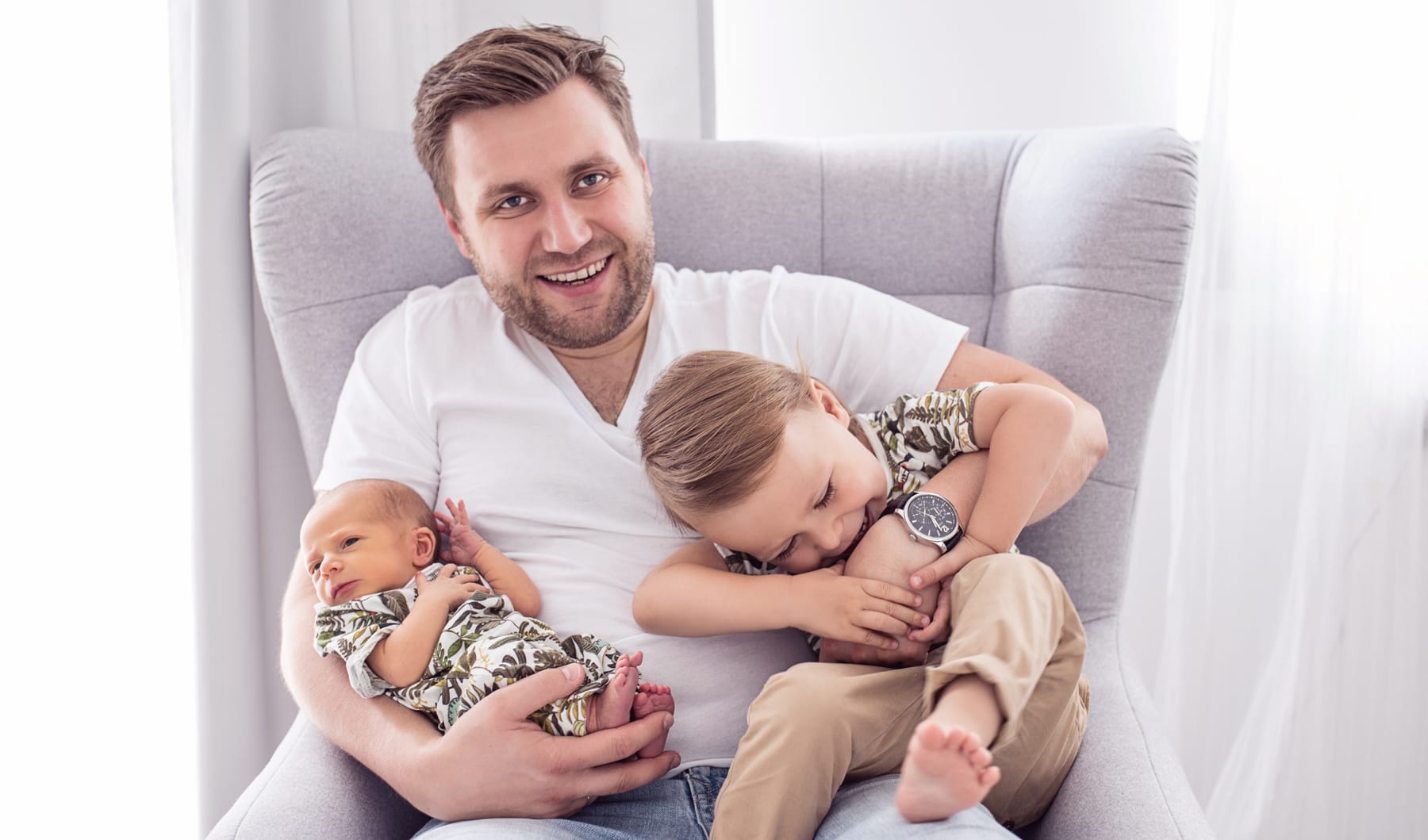 I get a lot of questions from you about how I prepared my older son for the birth of my siblings, whether he was happy about it, and of course how he came in the role of the older brother. I invite you to an account of something very special.

When we learned about pregnancy, we slowly began to tell the newly baked two-year-old that another child would soon appear in our family. From the very beginning, we talked about how great happiness, and about the little one as about Mikołajek's greatest friend, his life company.

It so happens that Mikołaj reacted quite indifferently to our stories, we saw that the topic was difficult for him to understand, and in our opinion even the growing tummy did not help in communication.

I decided to use recognized forms of communication and decided to buy pregnancy books. 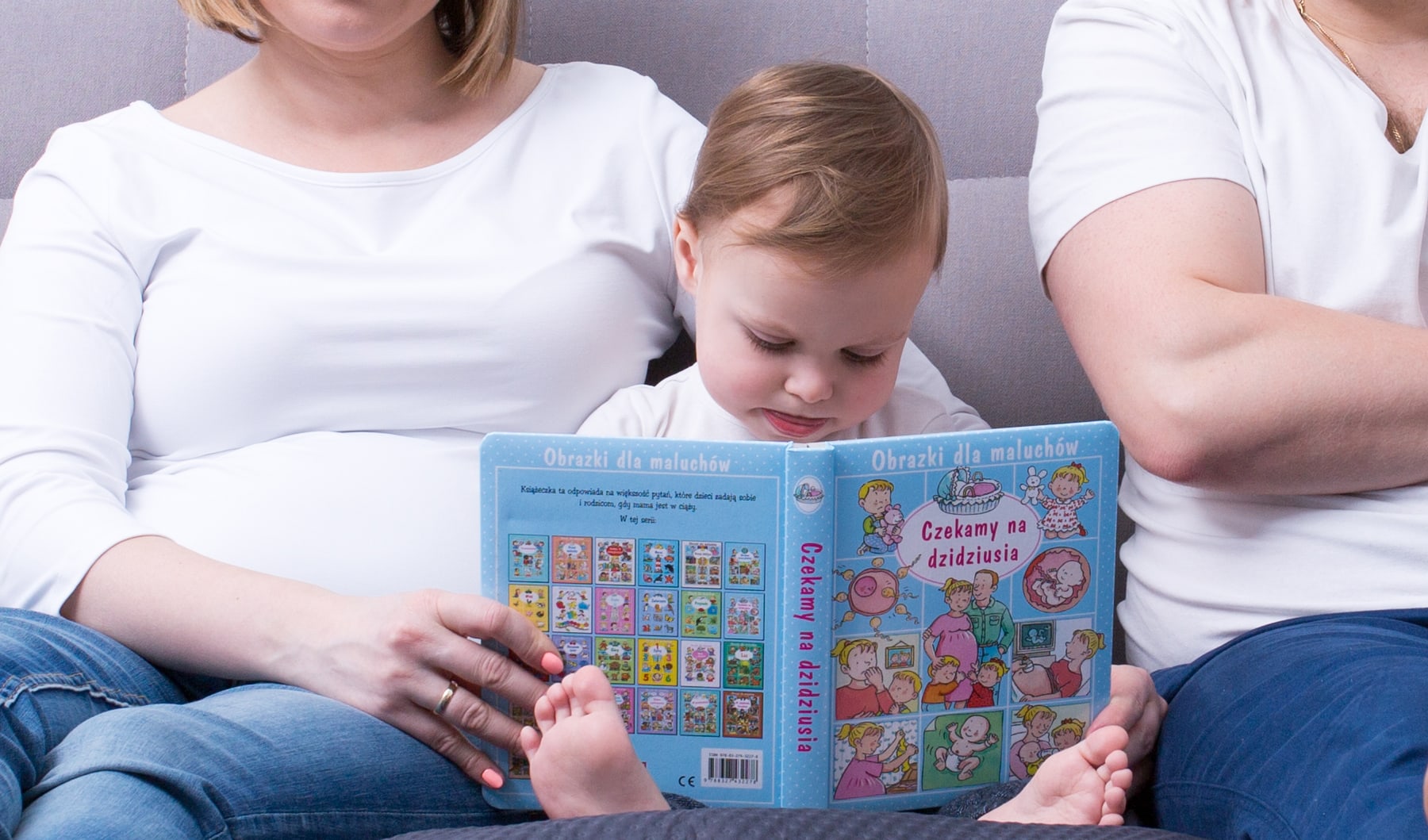 1. We are waiting for a baby - a book from the series "Pictures for kids" - here

Initially, it seemed too difficult and detailed for a two-year-old, it was difficult for us to talk about it, but fortunately the pregnancy lasts up to 9 months and with each subsequent approach the topic aroused increasing interest in Mikusia.

Although it turned out to be completely not to my taste, because the stories about "harpy boars", which "gave Bolusia a snout" do not match my aesthetics of fairy tales for such little ones, Mikołaj probably had a different opinion and Bolusia liked it very much and asked to read books over and over again.

A gift for the birth of a child

To tell the truth, time was flying, and I still had the impression that we were not doing enough to prepare Mikołaj for Brother. Then a friend asked me if we were preparing presents for children as a form of their special greeting. What is this about? The Older Child chooses and prepares a gift for the Younger who is yet to be born, and the Younger on the occasion of birth brings a gift for the Elder so that they can exchange.

I admit that at first the idea seemed completely wrong to me - I didn't see the need to make something as unique as getting to know my own brother even more attractive. However, when with time I wanted to involve Mikołaj even more in the preparations for the birth of Braciszek, then I remembered the idea for the first gifts. I told Mikołaj that as part of the preparations he would be able to go to the store and choose a gift for Brother himself, and that Brother would probably also have something special for him. I said that I can also tell Brother, through his belly, what he dreams about. Mikołaj was very involved in telling Brother the news that he dreams of Marshall, a dog from PAW Patrol.

So we also went to a toy store, where Santa could choose a gift for Brother, but he was mainly interested in choosing a gift for ... himself. Ultimately, I chose two pendants for the baby and let Mikuś choose the one he would like to Brother, and frankly speaking, if he chose one of the toys at all, he did not attach much importance to it.

It was quite natural for me that I would invite Mikołaj to the hospital for the first meeting, where he would also be able to visit me. In the hospital in which I gave birth, you cannot visit in hospital rooms, there is a special visiting room, which you come with a baby in such a special wheeled cot.

We agreed with Wojtek that I will not take my delivery gifts with me (you can read about what I took with me in the post What did I pack into my delivery bag at the Mum's hospital? i What did I pack into the delivery bag at the Newborn hospital?), only Wojtek will bring them with me and give them to me when I enter the meeting room. I remember how excited I was going with the newborn Maksik to the meeting room, how Wojtek brought me a gift from Dzidziuś for Mikołaj and how it turned out that he forgot to bring the gift that we had packed from Mikołajka for Maksik. The emotions were enormous in me, I already knew then that this gift would possibly be a small addition to all that was happening there and I would leave it for dessert.

Writing this, I feel these huge emotions that accompanied me when I entered the visiting room with Wojtek, I push in the little Maksik's pram and my mother with Mikołaj is waiting in the room.

Later, waking up the baby with the words "Get up, get up" and the moment I remember best:

Mikuś started to stroke Maksik's head on his own and sing him his favorite lullaby "From the ash pan to Mikusia" - our home version ...

And you know what else we did? We recorded the entire first meeting. A tear squeeze and laughter, an amazing souvenir for my whole life, not only mine, but also the Children whose brotherly love and bond are being created.

Only at the very end of the meeting, we gave Mikuś a gift from Dzidziuś and you know what? It was a bull's eye! Thanks to this, the moment of getting to know each other was only ours, and Mikołaj was overjoyed, receiving a longed-for gift from Braciszek, which he proudly took to kindergarten today, telling everyone with joy that it was a gift from "Braciszek".

Today I laugh that we probably used the child's name too rarely, because even though our second night at home is over, Mikuś mostly refers to Brother as "Dzidziuś".

Personally, I did not consider the situation in which the longing Santa could not want to go home with Dad when visiting us in the hospital, but stay with me and Dzidzius. I think I knew him well enough that I knew it would not be a problem, but I think it is a matter that each family must consider individually. On average, once every two months I run Courses for a Wedding Consultant in Warsaw and I go out on this occasion for 6 days, and Mikołaj stays at home with Grandma at that time. The fact that Mama has not been home for several days will not give him a new or very stressful situation. I think that if this is your first separation from an older child for so long, you must take this aspect into account. It was very helpful for us to be involved in the whole arrival of Grandma, whom Mikołaj loves and with whom he spends time with pleasure as one of the best attractions in his life.

And Mikołaj gave a gift from himself to Brother, after returning home. He gives him real pleasure when I put it under Maksik and say that he hugs her. Just like here: 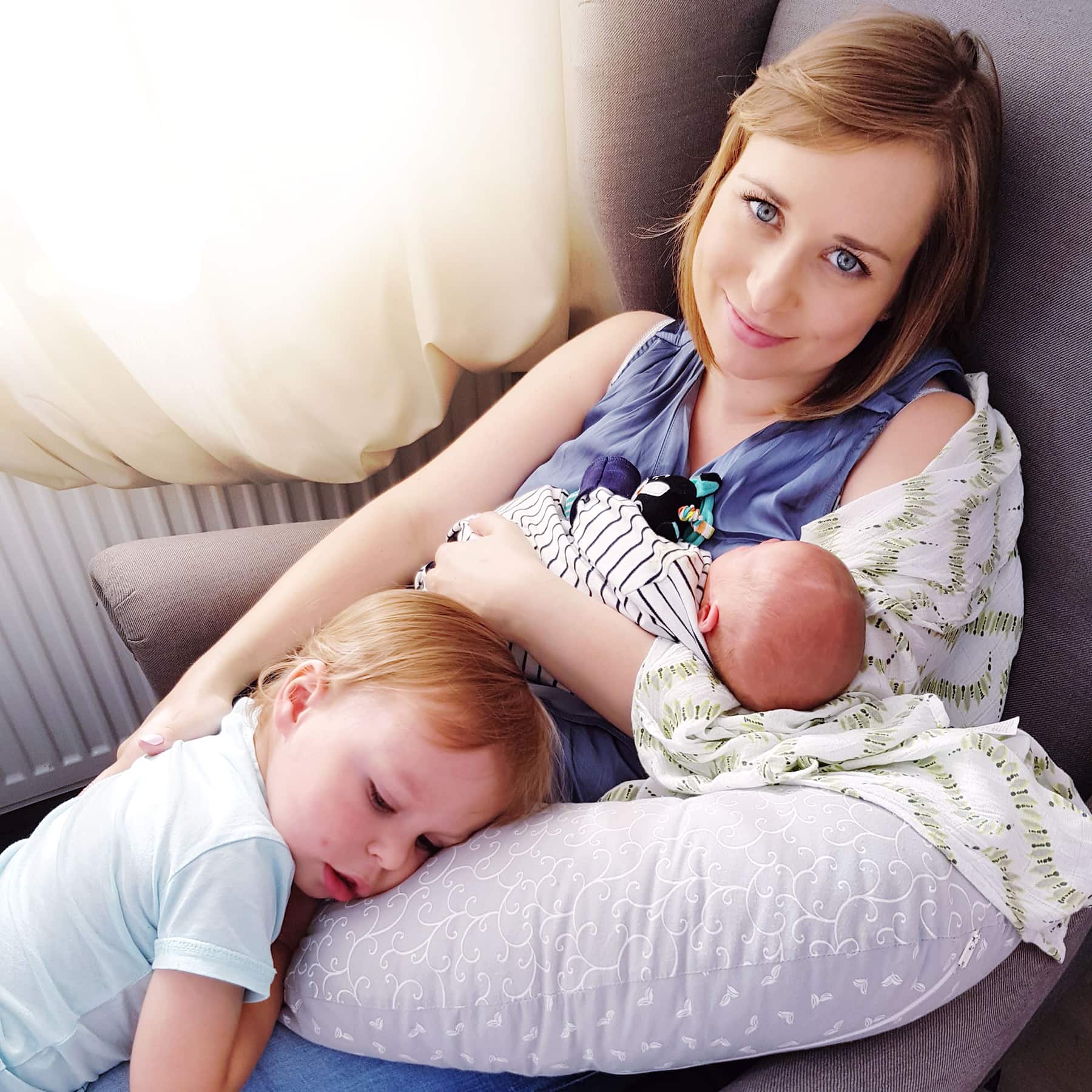 And what are your experiences of meeting younger siblings?