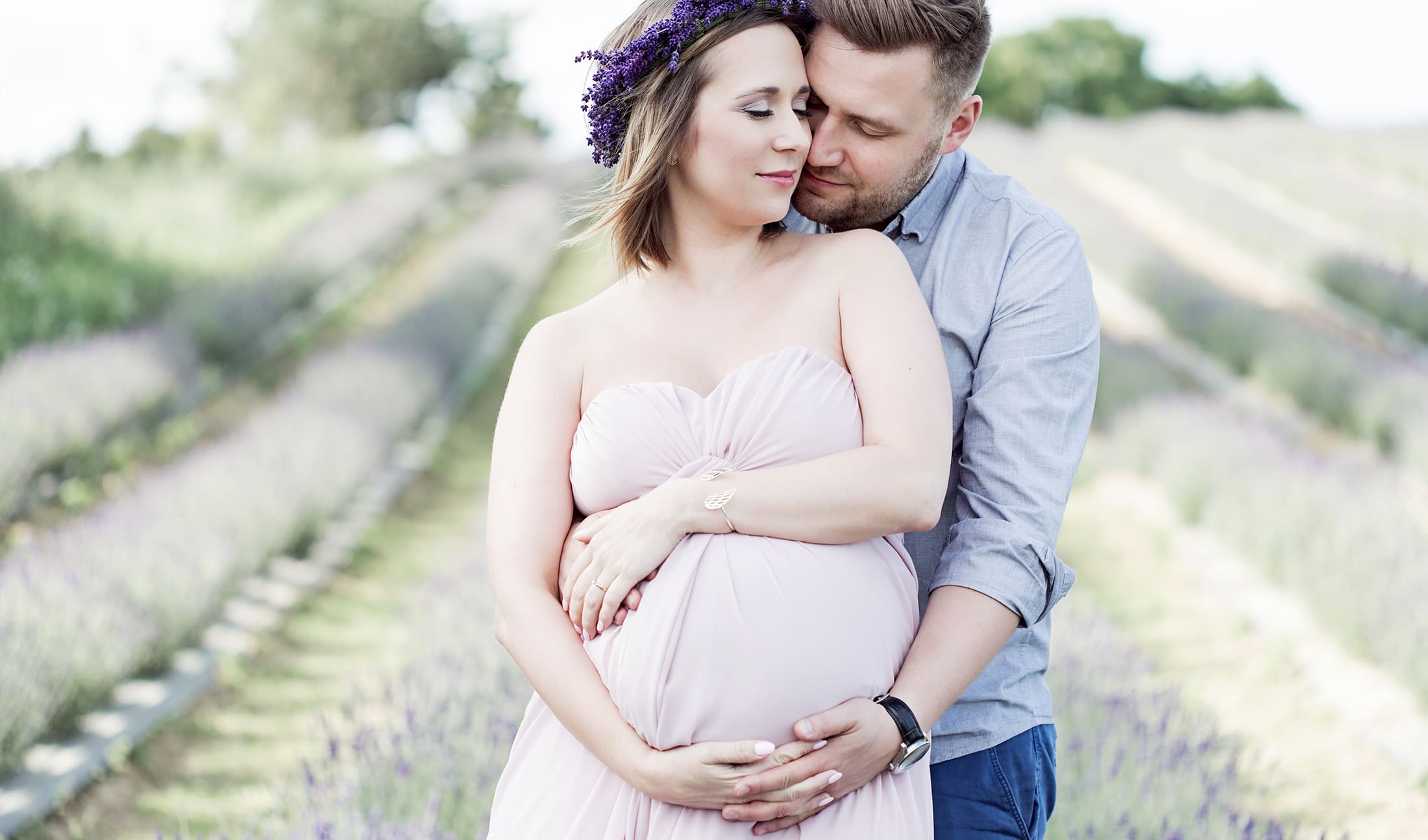 During the pregnancy with Mikołaj, the issue of knowing his sex during ultrasound was as obvious to us as knowing how much he measures and weighs. In the next pregnancy it was not so unambiguous for us.

A short conversation with Iwona, the author Oh Deer Blogwho did not know the sex of both of their daughters during childbirth

Agnes: Iwonka, I remember how we met at photo workshops, when my son Mikołaj and your daughter Mila were already in the world, whose sex you only got to know during childbirth. I remember you convincing me that the surprise effect in the delivery room was amazing, and I told you that the information about the child's sex is always a surprise, but it can be timed differently - the only difference is that it was our second trimester of pregnancy, and for you the Day of Birth. I remember that although I did not change my mind, your attitude and your approach stayed in my head for a long, long time.

Iwonka, what emotions did you have regarding your child's sex during pregnancy, and what during your delivery?

Iwona: Let me start with the fact that we live in England, which is crucial in this matter :). Firstly, during pregnancy, only 2 ultrasound examinations are performed here: at 12 and 20 weeks, and only during the latter is it possible to find out the sex of the baby. If you don't, you simply won't know, and since there is no additional research afterwards… you are not tempted to find out about this secret :). The vast majority of English people do not know the gender of their baby before birth - when I found out about it, I thought it was a great idea! A childhood colleague from work told me that such a surprise in childbirth was an amazing experience - I introduced this idea to my husband and we decided that we would do it. We didn't care if it was a boy or a girl! When friends and family in Poland heard about our decision, they laughed that we were probably cheating and we really know, but we don't want to reveal the gender of the baby to anyone. Especially my friends could not believe that we decided not to know, they often replied with the sentence: "I would not be able to endure it!" Of course, it was not without guesswork and "fortune-telling" from my belly and my appearance, which was quite tiring :). Big belly - there will be a boy, I feel sick - there will be a girl for sure, and so on and on. Interestingly, in my first pregnancy, everyone was convinced that I would give birth to a son, and at some point I believed it myself :). When, after a long and exhausting childbirth, I heard the magic: "It's a Girl!", I was the happiest in the world, despite the fact that I had "focused" on the boy before. The most important thing was that the Child was healthy. My colleague from work was right ... it was the most beautiful surprise in my life :). When we started talking, you said that I was the only person you know who decided not to find out the sex of the baby in her first pregnancy, but I must admit that it was the second child that made us more tempted to know - if only for organizational reasons.

Agnieszka: And what are the pros and cons of knowing the child's gender only at the time of birth?

Iwona: Every time I hear this question, I joke that I had more motivation during childbirth to push hard :). In fact, I have the impression that not knowing the sex of the child, parents have a double surprise at birth - they can finally meet and see their long-awaited Treasure, and find out if it is a boy or a girl. In addition, you can save a lot on a layette - by buying only the most necessary things, at the very beginning, instead of a few extra little dresses or elegant shirts :). They will definitely be well-thought-out purchases. Additionally, you can be sure that you will not experience a mistake, which happened to my friend who, convinced that she was carrying a son in her belly, gave birth to a beautiful daughter. The only downside in my opinion is the inability to plan everything from A to Z, which was quite difficult for me, especially in my second pregnancy (then the nesting syndrome is even stronger).

A short conversation with Asia, my friend, who met the first daughter's sex during a routine ultrasound examination, and decided to meet her second one only at delivery

Agnes: Asia, in the second pregnancy you decided not to learn the baby's sex until delivery, why such a change?

Asia: I got pregnant at a rather difficult moment for myself, it seemed to me then that it was even the worst possible. I was going through the first 4 months very badly. In addition, before the prenatal examination, the attending physician identified the possibility of a serious defect in the child. Although this defect was the norm at a given stage of pregnancy, try to explain it to the pregnant woman when the very word 'defect' causes panic. Baby's health was the most important to me.

It was during this difficult time for me that you gave me an entry on the Oh Deer Blog - "Why you should not know the sex of your child while pregnant”- so far I haven't thought about whether I want to know the gender or not, it was obvious that I would.

However, after reading the entry I thought that the gender of the child does not really matter. It will not change my situation, nor will my child be born with a defect or not.

When I dealt with my problems mentally, I approached the topic more out of curiosity. Before each visit to the doctor, I was wondering if I would ask about gender today - I was giving myself that opportunity. However, it turned out that in terms of knowing the sex, nothing changed - it was still not very important information for me and I never asked for it.

Like Iwona, I also enjoyed having friends who did not believe me, did not understand me and wanted to know the sex of my child more than I did.

Nevertheless, I was ready to give birth to a second Girl, so there was no element of surprise for me when I gave birth to my second Girl, but it would be if a Boy was born.

A short conversation with Emilia and Bartek, our friends who ...

Agnes: Bartek, I remember with what joy you informed us about your pregnancy, and interestingly, at the same moment you said that you were waiting for little Johnny, although it was still too early to find out the child's gender. However, your story is not that simple ...

Emilia and Bartek: We've been a couple for 10 years and we were very happy to hear that Emilia was pregnant after months of efforts. At the end of the first trimester of pregnancy, we learned from a doctor that he congratulated us on daughters. He expressed his opinion quite confidently, however he noted that on 100% he will decide about gender on the next visit. Despite the dose of uncertainty, we responded to the message as probably every family - we were happy about the birth of my daughter. Within a month, we chose a name for the child and began to speak to her by name. During the next examination we were very surprised when the doctor announced that it would be a boy. Currently, we are very happy with our little son, but for several days we had to get used to this thought and we felt as if someone took our little Alice from us - that was our daughter's name. Now we are looking forward to little Jas, but in the future we plan to have another child - maybe Alice. Our friends had a very similar situation, which is why we are convinced that situations of this kind occur quite often.

Emilia and Bartek today believe that it is worth knowing the child's gender, but only if the doctor is sure of his diagnosis.

How was it with us this time?

In the current pregnancy, from the very beginning my intuition told me that we were expecting a daughter. My premonition was so strong that under the influence of the above stories I seriously considered asking the doctor not to give us information about the child's sex, while Wojtek at all times thought that for him whether he knew sex during ultrasound examination in the second trimester of pregnancy, or during childbirth, is the same surprise, but getting to know her in advance will allow us to be better prepared. He laughed that if I do not want to know the sex of the Child before Birth, then we will agree with the doctor that he will only provide this information to Him, and I will have a surprise on the day of Birth.

You will know our personal story on Monday, there will also be a movie, so see you there!

How was it with you? Did you know your baby's gender while you were pregnant, or maybe only at birth? Or maybe you were waiting for a boy and a girl jumped out?