How did we diagnose the baby's allergy? part. 3 from 3 - our history of fighting allergies for the second time 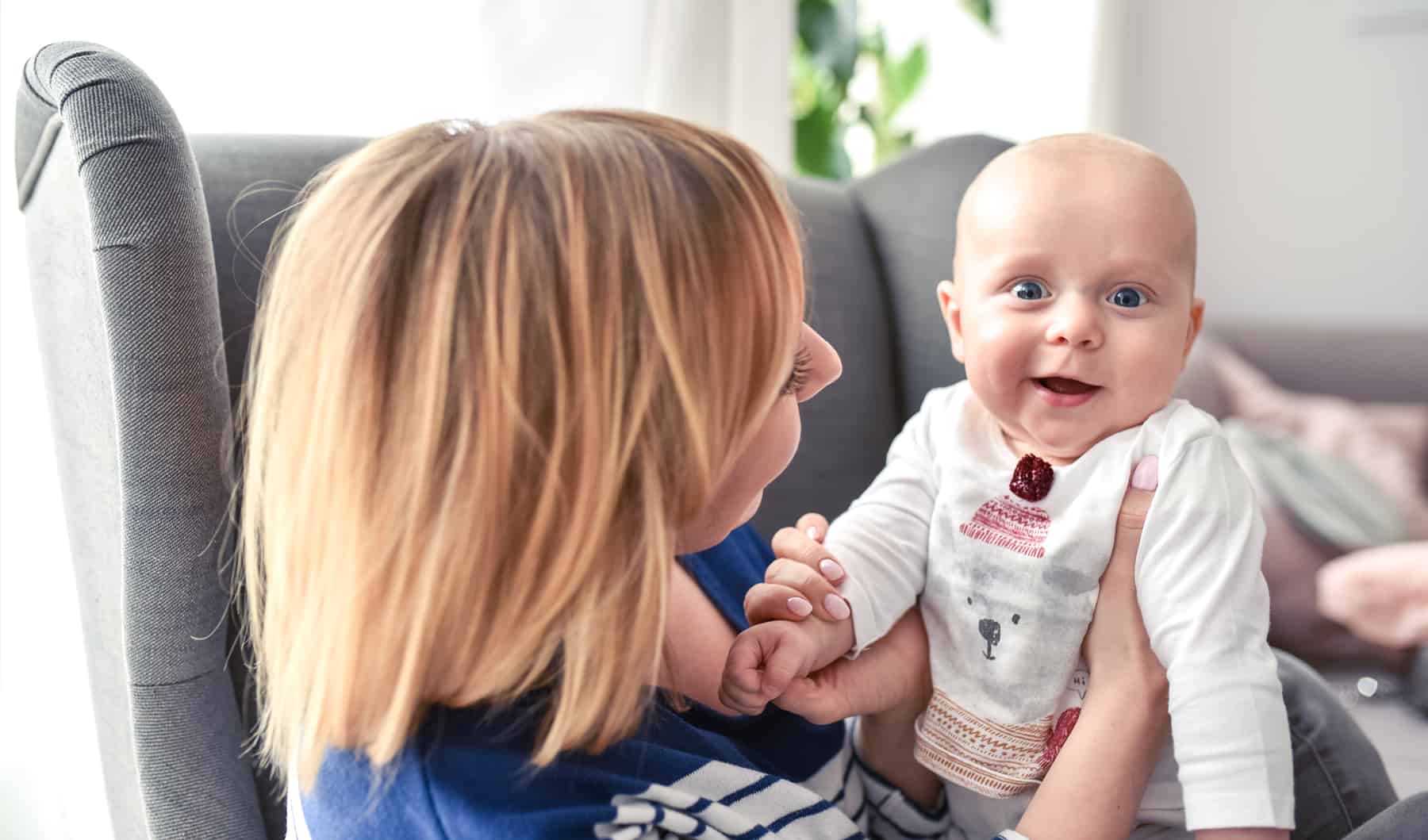 If, like us, you are struggling with the suspicion of allergy to cow's milk protein, maybe you will be inspired by our second story ... this time with a happy ending. For what? For reliable diagnostics, to find wise doctors with a calling, with open minds, hearts and experience, to fight for the best.

This is the third post in the series "How did we diagnose an infant's allergy?" - if you haven't read, be sure to start reading with:
- The first part
- second part.

Long-term elimination diet in a nursing mother, especially "in stock", i.e. without suspecting an allergy, is not recommended today. What's more, many studies show that even may contribute to the development of allergies, while short-term is an element the best and most reliable allergy test.

That is why, 2 weeks before the expected date of delivery, I completely eliminated cow's milk protein from my diet. Yes, in advance, because the story with Mikołaj gave reasons for this - the allergy burden is family - and thanks to this I was able to observe the health of my child without exposing him to such a strong allergen as cow's milk protein immediately after birth and make a reliable allergy test faster.

Feeding with modified milk, i.e. humanized cow's milk (in order to make cow's milk similar to human milk, the amount of protein and minerals such as potassium and sodium in cow's milk decreases), is also a factorwho, appearing at such a young age (often in the first XNUMX hours after giving birth in the hospital, when "mother has too little milk"), maybe in a newborn babywho has an immature immune system cause cow's milk allergy. That is why it is so important to fight for natural feeding from the very beginning, because cow's milk protein given in mother's milk is how to compare a grain of salt to a bag of salt, and in an unfavorable environment, without antibodies naturally present in mother's milk, supporting the proper reaction for foreign protein.

Another factor that increases the risk of allergies are medicines taken by the mother during pregnancy (disturbed bacterial flora of the digestive tract we have contributing to intestinal leak) and family burden. We had all these factors in the positive, so in the hospital, when the midwife insisted on feeding Maks with the mixture, I only agreed to give him anti-allergic, casein-based protein. Although I started my negotiations with the one based on amino acids, the hospital did not have it in its resources, and the one I had originally closed with me, he did not agree to give.

When Maks was two weeks old, he was an absolutely calm Toddler, he had no suspicious symptoms, so I started slowly adding cow's milk protein to my diet, initially in the form of preserves, especially butter. During the first few days, all disturbing symptoms were not clearly indicative of an allergy for me - a child at this age changes from day to day. What worried me seriously were severe burns, which we were unable to heal in any way for several days. Then I went to the gastroenterologist and together we decided to introduce a diet that eliminates cow's milk protein.

The main symptom of Maks's improvement in health was the lack of new burns, and in 2 -3 days, the sick skin improved tremendously and never again did such a serious condition occur. However, it could be a coincidence, so after consultation with the doctor we decided to second challenge with cow's milk. Before I could plan it, Wojtek confused our coffees and took my black coffee, handing me the milk in the hooded cup. Despite the fact that they were only from 3 sips, blood appeared in our diaper once again. Based on this double provocation a doctor (gastroenterologist) diagnosed an allergy to cow's milk protein.

Unfortunately, the elimination of cow's milk protein from Maks's diet did not eliminate all gastrointestinal complaints, which is why we decided to go to 2 weeks for a very restrictive elimination diet, from which we removed all the strongest allergens: eggs, tomatoes, soy, nuts, almonds, chocolate, citrus, strawberries, raspberries, seafood, fish, as well as beef and absolutely all food chemistry (preservatives and flavor enhancers are also strong allergens!) .

For 2 weeks of this restrictive elimination diet we did not observe any, but no improvement in the childso I started slow return to consuming eliminated products - 1 product per week. Eggs returned to the diet first, then tomatoes ... and the re-introduction of these products into the diet did not cause any deterioration or any new symptoms in Maks. On this basis, we considered them to be non-allergenic at the moment and they returned to my diet for good (except for beef, but we eliminated it due to the similarity to cow's milk protein).

Today Maks has 8 months, and we are still enjoying breastfeeding. I know it's the best I can give him and I certainly don't hurt him. I am glad that this time I found a wise and supportive doctor who went this way with me. I am glad that he never offered me modified milk as a "medicine" for allergies, because it is much better, especially in an allergic child, to introduce allergens to him through mother's milk and not directly. Because what's important Elimination diet should not last forever (each time you need to determine its duration and re-introduction of the allergen with a doctor). That is why our extended diet is rich in vegetables and fruits, and I introduce cow's milk to the diet of our little allergy sufferer again ... through my milk, consuming it myself.

As with the introduction of cow's milk protein into the diet of an allergic child it is worth starting with baked milk (e.g. butter in dough), I introduce milk to my diet in the same way. Regularly increasing quantities. Initially, even baked milk gave Maks an allergy, today it no longer causes symptoms, while raw milk, e.g. in ice cream or unbaked cakes, still gives allergy symptoms, but it is becoming milder.

Thanks to this approach, Maks receives a small, safer amount of cow's milk protein than if he had started eating yogurt himselfbut also receives them in the environment my antibodiesthat support his body in response to allergens. In addition, they help us in this probioticswhich I give him daily as supplements and which I take myself.

The effects are visible to the naked eye, and we plan to breastfeed at least until the end of the year, completely omitting Maks's feeding stage of modified milk, composing him a varied and nutritious diet.

And what are your adventures with baby crunches? I invite you to talk in the comments.